A dedicated team of career bankers and search professionals with deep industry knowledge, an unmatched local network of banking professionals, and a passion for connecting bank clients with top talent.

Set apart from other recruiting firms who have a banking practice as one of their many focus areas, Banking is all we do.

We excel at sourcing the very best people for our clients, and are committed to identifying the most diverse talent pool available.

Our clients vary in size, business focus areas and talent strategies. From stand-alone community banks to the region’s largest banks, we are adept at working in collaboration with Hiring Executives and Human Resource partners, often simultaneously, to insure a successful and long-term placement.

We are flexible in our offerings with contingency, retained and customized search solutions in order to best fit your specific talent need.

Because we are relationship-based, we work with professionals throughout the course of their careers. Thus we not only build relationships, but relish our role as advisors, career counselors and yes, even long-term friends.

We pride ourselves in our unwavering commitment to discretion. We will never share your personal information or interest in a potential role without your express permission.

A key measure of our success is the frequency with which our prior placements refer us to additional opportunities within their organizations, as well as when they come back to us for assistance when adding talent to their own teams.

Unlike larger firms, our relationships with our clients and the banking talent we represent is most often the result of a direct personal connection or an introduction by a fellow industry colleague.

We have individually and collectively assisted in facilitating successful placements for a wide variety of roles at the region’s best banks.

Some of the clients we've worked with:

Positions we have filled (a sampling):

We are a group of dedicated search professionals who work collaboratively on all firm assignments under a team structure that rewards client and team success over individual competition. We are also locally invested – having lived and worked in the Greater Boston region for our entire careers – and are personally committed to giving back to our communities. 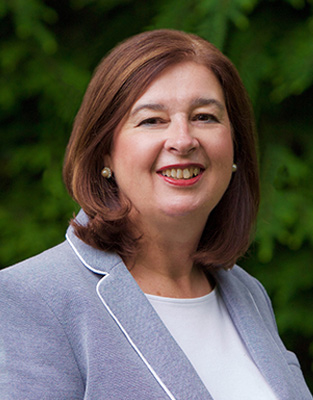 Cindy founded Boston Common Search Group following 4 years as Managing Director at Vanderbilt Search Group in Boston. Prior to entering the executive search field in 2014, Cindy had an extensive career as an executive in the Boston banking industry, with more than 25 years of direct experience in consumer banking, commercial lending, business banking, private banking, and wealth management. Having held leadership roles at community, regional, and national banks, Cindy is connected to a broad network of talented professionals and leaders in New England’s top financial organizations.

Over the course of her banking career, Cindy spent 20 years at BankBoston/Fleet Bank as a Vice President in both the Retail and International Banking groups, where she was a leader in generating new revenues and in building client and employee satisfaction. She also held the role of Vice President in the Business Banking and Private Banking groups at Eastern Bank, successfully developing new business growth for both groups, and was a Managing Executive at First Republic Bank in Boston, where she led a team of sales and service professionals.

Cindy has served for many years on Boards of Directors for a variety of community organizations. In addition, Cindy is a member of The Boston Club, where she sits on the Strategic Planning Committee, has served in the Club’s mentoring program, and co-founded a group dedicated to women in the financial services industry.  She was also a founding member of the Committee for Women’s Health at Hallmark Health Systems, and served for many years as a mentor for MBA candidates at Babson College.

Cindy holds a Bachelor of Arts degree from Connecticut College. She has authored an article for the Harvard Business Review, has been featured on National Public Radio and in Fortune Magazine, and has spoken nationally at leadership conferences. Cindy resides in Melrose, MA with her husband, and is a member of Bellevue Golf Club. 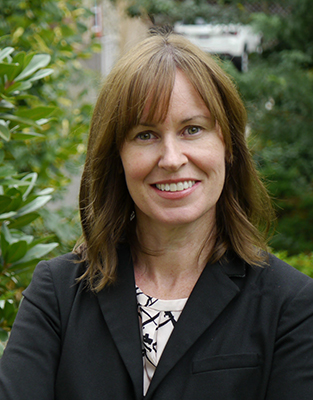 Carolyn is a seasoned Talent Acquisition professional with fifteen years of recruiting experience with some of Boston’s top financial services firms.

Carolyn’s expertise includes sourcing passive talent, developing strategic recruitment initiatives, building long-term relationships with candidates & clients, use of online technology, and experience with diversity & inclusion efforts. Carolyn has achieved success throughout her career by intuitively understanding both the tangible and intangible requirements of a role, and by providing a positive and respectful experience for the professionals she works with.

Prior to joining Boston Common Search Group, Carolyn was a senior member of the Talent Acquisition Sourcing team at State Street Bank. In this role, Carolyn directly sourced passive talent for hard-to-fill mid and senior-level positions across multiple divisions, including finance, risk & compliance, IT, strategy & project management, and HR roles.  Carolyn began her talent career with Veritude, a Fidelity Investments Company, where she recruited for a variety of roles for Fidelity locations nationwide, as well as external clients.

Carolyn received her undergraduate degree from the University of Massachusetts, Amherst. Originally from Western Massachusetts, she now resides in Medford, MA with her husband and two sons. Carolyn enjoys outdoor activities with her family including skiing, camping & days at the beach. She enjoys gardening and was founder and chair of the Brooks Elementary School Garden & Grounds Committee. 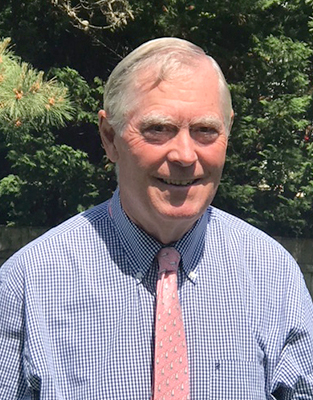 Jack joins Boston Common Search Group as Director, bringing over 20 years of executive search experience plus 30 years as a senior banking executive, an extensive knowledge of the New England bank and financial services markets and a valuable network of clients and candidates. Jack’s focus will be on actively supporting the team’s executive search strategies and on building and delivering the firm’s capabilities to the financial services markets.

Jack most recently served as an Advisor with Vanderbilt Search Group in Boston, following 9 years as a Partner at Executive Resources International (ERI) in Boston where he was Director of the Financial Services Search Practice. Prior to ERI, Jack was a Managing Partner at Global Atlantic Partners, LLC, an executive search and financial consulting firm, and also served as President of JNB Associates, Dedham, MA, an executive search firm specializing in the community and regional bank sector.

Prior to entering the executive recruiting field, Jack spent over 30 years at BankBoston in various executive management positions and in various locations around the world. He was Regional Manager for Asia Pacific, Hong Kong and for Europe/Middle East/ Africa, London. In addition, he was SVP and Division Executive for several domestic commercial banking groups and at various stages during his career he oversaw commercial banking credit, finance, technology, and training.

Jack has a Bachelor of Arts degree from Colby College, graduated from St. Paul’s School in Concord, NH, and is a retired Lieutenant (jg) of the United States Navy. He and his wife reside in Osterville, MA. He is currently Trustee of the Osterville Historical Society where he is Vice President, Chairman of the Executive Committee and Assistant Treasurer, and is an active member of the Wianno Club, the Annisquam Yacht Club, and the Sea Oaks Beach and Tennis Club in Vero Beach, FL.

Contact us using the form below, via email or give us a call.